17 February 1936: The coldest temperature recorded in South Dakota history. 58 degrees BELOW ZERO, at McIntosh, SD.
Author Laura Ingalls Wilder would, a few years later, immortalize a different weather system, known as the Hard Winter of 1880-1881, in her book, THE LONG WINTER. In that book and others, Dakota winters were described as experiencing temperatures in the -30s or -40s (Farenheit); sometimes, she said, the thermometer would simply freeze and no longer work at all.
In this age of central heating, snow tires, fiberglass insultion, Polartec  cold-weather gear, and satellite weather forecasting, extreme temperatures of that nature will still make us shudder. Imagine facing an air temperature of -58F  without our modern comforts, and compounded with the reality of food and fuel being in very short, often sporadic, supply. I’m willing to bet even the bison (what few remained on the High Plains at the time) felt their dense wooly coats weren’t quite adequate.

By the time of this 1936 event, Wilder had long since moved out of the state, but her sister Carrie (Ingalls) Swanzey was living 242 miles to the SW of McIntosh, in the somewhat milder Black Hills region at Keystone, South Dakota. I hear from the folks at the Keystone Historical Society that winter in the shadow of Mt. Rushmore is certainly snowy, and at times blustery, but nothing compared to the legendary whiteout blizzards of the Hard Winter. Perhaps someday this New Hampshire native (who’s shoveled a fair amount of snow and chipped countless inches of ice off her driveway over the years) will brave a little jaunt to Dakota in one of the months that ends in -uary. Maybe. 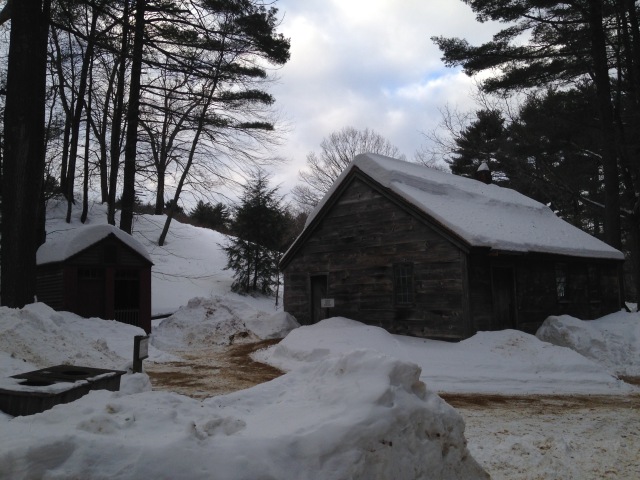